Freestyle Amusements based in Dundalk is owned and run by Blackrock native Killian Allen.

His traditional fairground rides thrill young and old at festivals around the country. It is something the 25-year-old is passionate about preserving.

Killian became spell bound by the funfair from a very young age, and this year he added a much appreciated touch of nostalgia to the seafront in Blackrock with the return of the traditional swinging boats that once were so popular and an integral part of funfairs.

Thanks to Killian and Freestyle Amusements, these traditional thrilling rides are finding a brand new audience.

Freestyle Amusmements travel all over the country, employing as many as 15 people at peak times. His partner who is also passionate about the business, is also involved looking after the catering side.

At the age of nine Killian was given his first job in the business by Albert Cassely whose family brought a funfair to the Blackrock village every year from 1960.

Killian’s funfair presently consists of over 25 different types of rides, and he takes it all over the country, going from Bray to Donegal and down to West Cork. 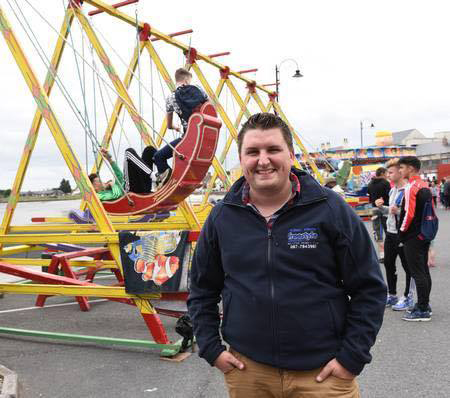